NOT YOUR AVERAGE SAMPLE.

Click to enlarge.
With crowd sourced data from all 50 U.S. states and over 32 countries around the globe, we are learning from the most important source: You. The results below are based on a sample of the first 1100 people to register.

The percentage of male and female registry members is almost identical, which is surprising when compared to other such studies. For example, the National Weight Control Registry is 80% female. This is likely due to the strong representation of those who follow a paleo diet.

The Majority of Registry members graduated college. The second most represented group was those who have a graduate degree of some kind. 6% of members have an associates degree, and 17% reported completing 'Some College' (not shown). 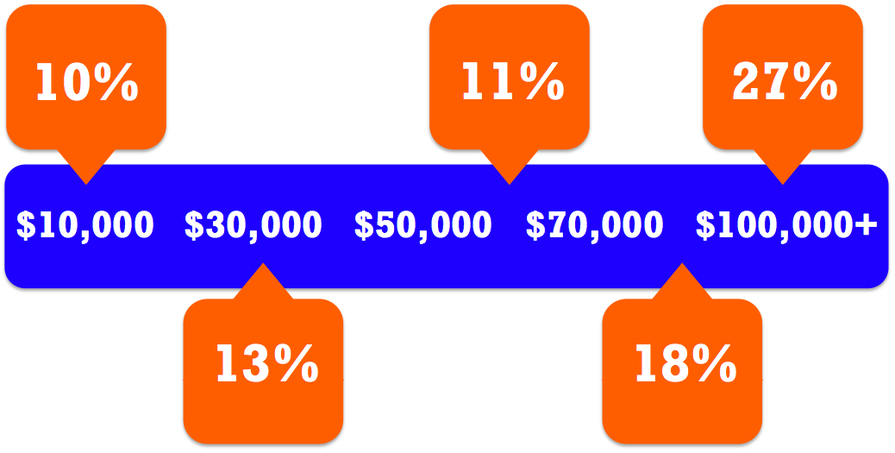 The socioeconomic status of the registry members tilts towards the upper class. Of course, all studies are biased by the study subjects, and this one is no different. This sample is heavily biased towards people with computers who use the internet to find nutrition information.

The average amount of weight loss takes into account everyone, regardless of whether their goal was weight loss or not. Many registry members eat paleo or low carb for other reasons besides weight loss, such as to control their diabetes or improve their athletic performance. It is interesting to note that when we analyzed people whose main goal was weight loss separately, the average weight loss was 37.6 pounds, a smaller difference than expected.

The ranges of weight loss varied greatly. There are some spectacular transformation stories featured on the blog.

With about 24% of registry members following an Atkins diet, this version of a low carbohydrate diet is the best represented in the registry. Other diets that didn't make the cut include those that eliminated starches and grains only (7.5%), Protein Power (6.3%), Zone (2.2%), and South Beach (1.4%). Many registry members cited Gary Taubes' books as the main reason for their success. 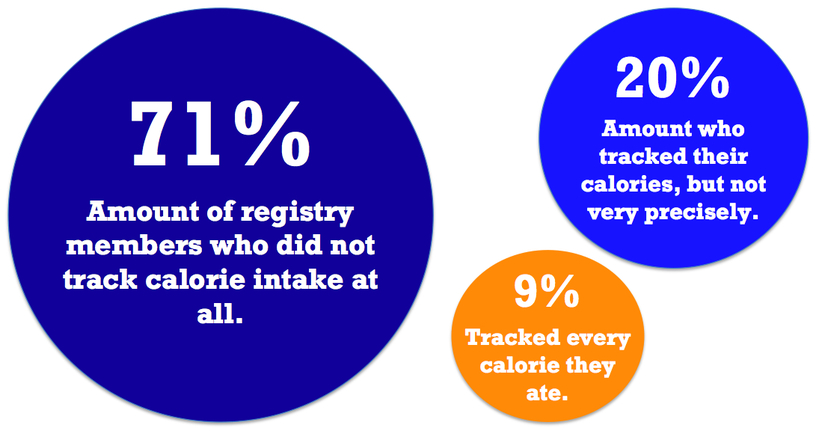 CALORIE COUNTING IS NOT VERY COMMON

While surprising at first glance, people eating a high protein, high fat diet while low in carbohydrates lose weight despite not counting calories. In clinical trials, the subjects assigned to the low carb diet are told to eat ‘ad libitum,’ Latin for “at one’s pleasure.” Despite this lenient recommendation, these subjects seem to lose the most weight. Whether they spontaneously eat less total calories, or there is less net-insulin release in response to their low carbohydrate intake, the results are clear: People who eat high protein, high fat diets, seem to lose more weight without counting calories.
See the studies here.

There were large declines in their basal metabolic rate. When the subjects were finally given the opportunity to eat as much as they pleased, many ate until their stomachs were packed to capacity, yet they reported still feeeling hungry.

As the Alternative Hypothesis argues, what if instead there was another way, that caused more weight loss according to most clinical trials, in which the vast majority of people report no longer feeling hungry between meals? A method that does not require relying on the false precision of calorie counting, which depends on portion size estimation and nutrition facts on pre-packaged food, regulated by the FDA to only be within 20% of the actual caloric value. The mechanism by which this extra weight loss occurs is still up for debate, but the results are not: people who consume diets high in protein, fats and vegetables, while low in carbohydrates, are rarely hungry and usually lose more weight.